We are developing a Community of Practice for anyone interested in how to build networks to support London communities, following our workshop game at London Metropolitan University a few weeks ago. Background here on the event, and why action is needed. Details of our first meeting at the end of this post.

During an hour and a half workshop session on November 16, designed with Drew Mackie and Matt Scott, we heard about current plans for support systems focussed on a Hub for London; adopted roles from concerned citizen to network leader and council officer; reviewed challenges and ideas from a consultant’s report; developed further ideas, and then chose methods and actions to carry them out.

We had terrific support from community work students at London Met, who also took part in the workshop. 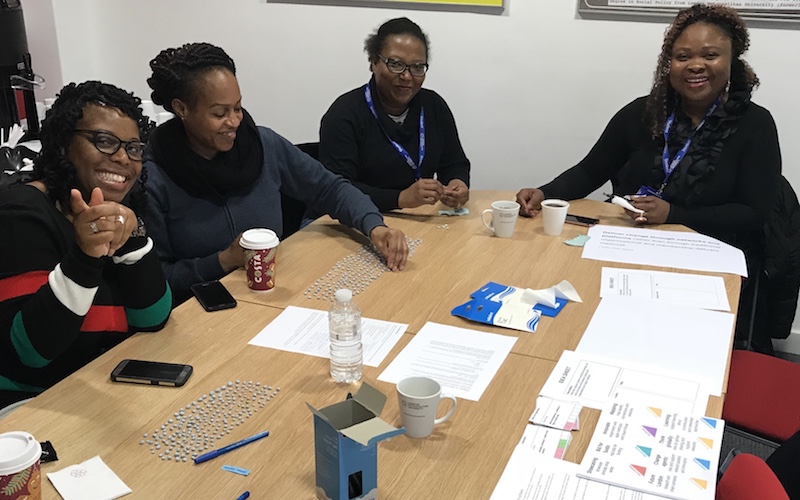 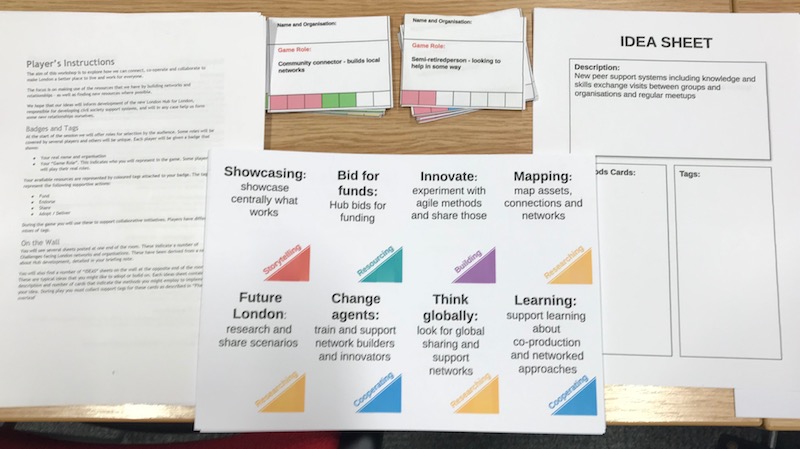 We negotiated how we could support each other with funding, endorsement, and sharing. And we decided who could deliver on the ideas. 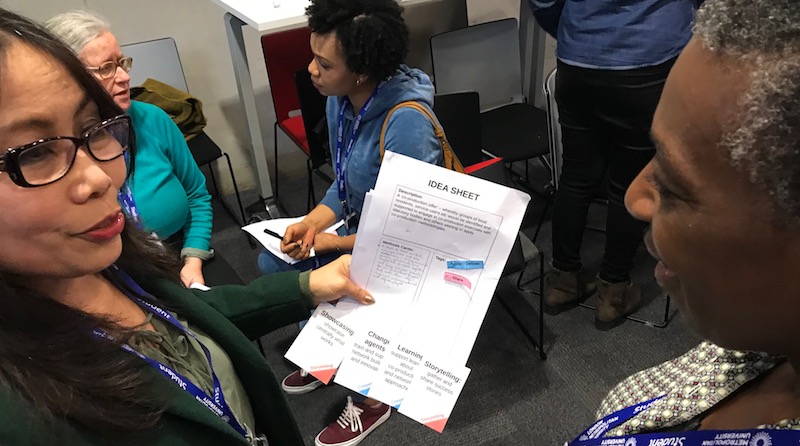 We then captured our reports of the project ideas on video - and discussed what we had learned from the session.

The purpose of the event was to explore what sort of projects, networks and communications will be needed following the voluntary liquidation of the London Council for Voluntary Service. Our game was based on a report for LVSC about the replacement Hub for London, now being developed under the governance of Greater London Volunteering.

The LVSC report said that the Hub …

should act as a convenor and enabler, rather than direct deliverer, in effect delivering change through networks and platforms, rather than through traditional organisational and membership delivery methods.

Our workshop game provide a lot of insights in what will be needed, which we can add to the results of our year-long exploration into making London a more networked city.

At the end of the event we decided that the way forward was to focus on the people who could make this happen - community connectors, network mappers and builders, specialists in creative events, online communications and self-organising.

Rather think about how to build platforms, let's bring together the builders in a Community of Practice to learn and experiment together.

The event was a joint initiative between Connecting Londoners, Our Way Ahead and London Met. Christine Goodall and I represent OWA on the advisory group for the Hub, so we developed more detailed proposals for the CoP and presented those this week.

The advisory group decided to adopt three priorities for further development: Data, Voice - and Networks. We’ll be discussing details in the New Year.

Meanwhile we are inviting anyone interested in the Community of Practice to a first meeting at Outlandish in Finsbury Park at 6.30 on Wednesday December 13. If you like to come, please get in touch with Matt Scott - ourwayahead@gmail.com - so we have an idea of numbers, or follow up with me if you can't make it but are interested - david@socialreporter.com. We'll soon have an online community.

As well as creating a learning community, we hope to help each other make the case to funders for support for network building.

Thanks to my son Dan for turning the wiki pages written in Markdown into a Workshop report pdf using Pandoc and Latex. Something else for me to learn …